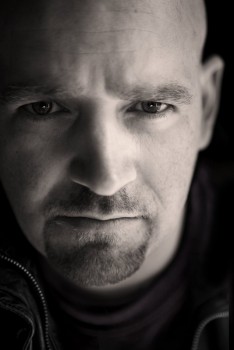 Everyone dreams of becoming a best-selling Indie author, but very few make it, let alone to the very top of the heap. That is why I am particularly pleased to have been introduced to this week’s truly gifted and definitely prodigious writer, Michaelbrent Collings, who—for the moment—has stepped away from his usual works of horror to write a YA epic fantasy, The Sword Chronicles.

Michaelbrent Collings is an international bestseller and one of the top indie horror writers in the U.S. He writes horror, sci-fi, fantasy, thrillers, and YA and middle-grade books. He is also a produced screenwriter who has written movies for Hollyweird, though in his dark and painful moments he admits he has never “done lunch” or engaged the services of a waxer. Larry Correia, New York Times bestselling author of Monster Hunter International and Son of the Black Sword, has this to say about Mr. Collings latest work, “Epic fantasy meets superheroes, with lots of action and great characters. The Sword Chronicles is dark yet hopeful, and very entertaining. Collings is a great storyteller.”

Michaelbrent describes his book this way:

She is a Dog – one of the many children and teens across the empire of Ansborn who have been sentenced to fight in the arenas. There they fight in battle after battle until they die for the sport of the people of Ansborn – an empire built atop the peaks of five mountains.

But one day she picks up a knife… and everything changes.

She discovers she is a Greater Gift – one of a handful of magic users with powers so great they have only two choices: to join the Empire as one of its premier assassins, or die as a threat to the Empire itself.

She is no longer a Dog. Now, she is Sword. And she will soon realize that in this Empire, not all is what it seems. Good and evil collide, and she can never be sure whom to trust – not even herself.

She holds life in her hands for some. Brings death by her blade to others.

She is a killer.
She is a savior.

That is one compelling lead-in. Will you tell us something more?

It’s an epic fantasy about a young woman who is raised to be a Dog – one of many teens and children all over the Empire of Ansborn who fight in an arena, over and over with no hope of release. One day she discovers she has a magic power granted to one in a million people in the Empire, and she has to choose between a life as an assassin for the Empire, or a life as a revolutionary fighting to overthrow it. It’s a tough choice, because the people she loves and admires the most are her fellow assassins, but she grows to understand the Empire might not be the good thing she has been taught it is. It’s a lot of fun, because I don’t just like to write books where the bad guys have redemptive qualities, I like to write books where you really aren’t sure who the bad guys are for most of the read.

Who or what was the inspiration behind it?

My need to eat. This is my job, so before I write anything there’s a pretty strict vetting process to figure out if there’s an audience for it, and if the audience will react strongly to this particular idea. In this case, both were a yes, so boom.

I had a narrow window to write it. It clocks in at something like 140,000 words, and I finished it in three weeks. I usually write very fast, but this was pushing it a bit. And how did I overcome it? I slept very little and was very cranky every day.

That’s a short question with a long answer. I’ve written close to 40 novels in the last five years. Some of the popular ones are The Haunted (paranormal horror), The Loon (monstery goodness), The Colony Saga (a zombie apocalypse that moves so fast and hard it would give Michael Bay a heart attack), RUN (sci-fi thriller), and – of course – The Sword Chronicles: Child of the Empire

Tell us about your path to publication.

Ha! I wrote a book called RUN and shopped it to literally every publishing house and agency in the U.S. And if you had rolled me into their offices covered in gold dust, they wouldn’t have touched me. A few months after the last rejection, I put the book up on Kindle (“Hey! It can’t hurt anyone, right?”). A few months after that, it was the top-selling horror and sci-fi title on Amazon, and one of the top hundred products in the Kindle store. Not just books, but products. Out of all the blogs, crosswords, etc. etc. blah blah blah, RUN was in the top hundred. This did me the huge disservice of convincing me I knew what I was doing, so I wrote fifteen more books and had nothing like the same success. It took about twenty books before I started making serious money (i.e., enough to live on).

Happily (hence the “Ha!” at the beginning of this), I’ve fielded offers by numerous traditional publishing houses since then… and had to turn them down because I’m making more money on my own than they can offer me.

Good for you! Have there been any awards, productions, videos or anything else of interest associated with your work?

I’m actually a screenwriter as well as a novelist. Several of my scripts have been produced (and, through the magic of Hollywood, amazing scripts were turned into meh movies), and I’ve been reviewed and/or featured by everything from mom-and-pop blogs to The San Francisco Book Review to NPR. To my knowledge, only three or four (out of many dozens) pro reviewers have given my books the thumbs down, which is nice.

Nope. Well, I’m a husband and a father, but if I call either of those a “job,” my lovely wife wails on me with dirty diapers until I recant.

I am deeply in love. I have a wife I adore, and who has inexplicably stayed with me for over a decade of marriage. I have kids who inspire me – both to do better and to be better – and who constantly make me laugh. I am a blessed guy, and will be such whether I’m a world-famous writer or a guy who digs latrines with his mouth.

Both are nice. How do you pick yourself up in the face of adversity?

But let’s be honest here: some days it’s all about the Diet Coke.

What has been your greatest success in life?

Continuing to live. Which (for once!) isn’t a silly answer. I have major depressive disorder with psychotic breaks and suicidal tendencies. Some days it’s not about word count, it’s about the number of breaths I manage to take. And in my coherent moments, I understand that breathing in every time I breathe out is quite enough of an achievement – and one to be proud of.

Before I share some of your writing with our visitors, I’d like to conclude with a Lightning Round. In as few words as possible, please answer the following:

My best friend would tell you I’m a … … love machine.

The one thing I cannot do without is: … my ability to shoot lasers out of my left eye.

The one thing I would change about my life: … the fact that I can only shoot Gummi Bears out of my right eye.

Thank you, Michaelbrent, for taking the time to share something about yourself and your writing. For those who would like to learn more about this author or purchase his books, I have provided links for you to do so right after the excerpt below:

Here, for your enjoyment, is an excerpt from The Sword Chronicles:

The girl woke from the Dream of the Man and the Woman, and she woke as she always did: boot and water.

Many people curled in as the boot kicked them, tried to avoid the water.

These were the ones who would die fast.

The girl had learned quickly. Had learned that if you curled in around the boot it didn’t hurt any less, but it meant you weren’t face up to receive the water. A bucketful to the face, and if you kept your mouth open you could drink. She guessed that that water was fully a tenth part of what she would get each day. And it was clean. Water they were given in the trough was often foul, muddied with clouds of dirt and perhaps worse.

But the water that woke them… it tasted good.

We won’t waste bad water on torture. No, never that.

That it was a torture there could be no doubt. Because all was torture for those in the kennels. All was death for the Dogs.

Trainer walked among them, being handed bucket after bucket by Assistant, dropping a bucket on each of the twenty or so Dogs that slept in this kennel.

“Get up, Dogs!” he shouted. “Another beautiful day to die!”

I won’t die today, thought the girl. But she gave no voice to the thoughts.

There was no point. Speaking never brought anything but pain.

A good Dog was silent unless spoken to. And even then, silence was often best.

The girl stood. Stretched. Never could tell when a fight was coming, so it was best to be loose.

But there was only one way to leave this place. And she refused to leave that way.

“I said, get up!” Trainer’s voice, never far from a roar, now rose to a shriek.

A moan came from a small pile of skin and bone, seemingly bound together only by the loose rags that passed for clothing in the kennel. Trainer prodded the pile with his foot. Another moan. But no motion.

Trainer gestured. Assistant – as wiry and thin as Trainer was thick and muscular – held out a sword.

The girl looked away. She knew what was next. Had seen it before. Had no wish to see it again.

There was the particular noise of sword cleaving flesh. A gurgle.

The pile of rags and skin and bone had refused to get up. And a Dog who resisted training, who refused orders, would earn no coin and was good for nothing.

Trainer tossed water on the next Dog. Some of it washed the blood on the floor toward the drain set in the middle of the kennel. That drain was where they pushed their nightsoils, the rare bits of food that were too rotten to eat.

And it had drunk its fill of blood. As it had done before, and as it would do again.

“Rise and shine,” shouted Trainer as the last Dog – the last still-living

Dog – struggled to his feet. “It’s another love-er-ly day!”

The blood had washed away.

The day was begun.